We participated in the iCTF 2019 and finished 2nd.

Last Friday we took part in this year's iCTF. The theme was "Race Condition", and like last year, the competition was open to everyone and hosted racing cars, err, vulnbox VMs were provided in the cloud 🌩️.

New this year was a combination of Jeopardy challenges and classic Attack/Defense gameplay, "Jeopardy Defense" so to speak. The Jeopardy challenges were demanding by themselves (TI-83+ assembly, anyone?) and could be used to unlock functionality in the AD services. Like with a real car, there is no reset button if you crash it or someone throws forkbombs around - a lot of self-driving, cloud-connected cars were left behind in the dust...

We had a slow start to the race - it certainly did not help that we ran out of disk space on our network share as well as on the vulnbox, at the same time. Ooops, what fun. We even managed to steal a flag for a service - which was promptly disabled for not really being challenging. Later in the game we did a better job at keeping our services up and collecting defense points, steadily inching forward to crawl over the finish line in the 2nd place! 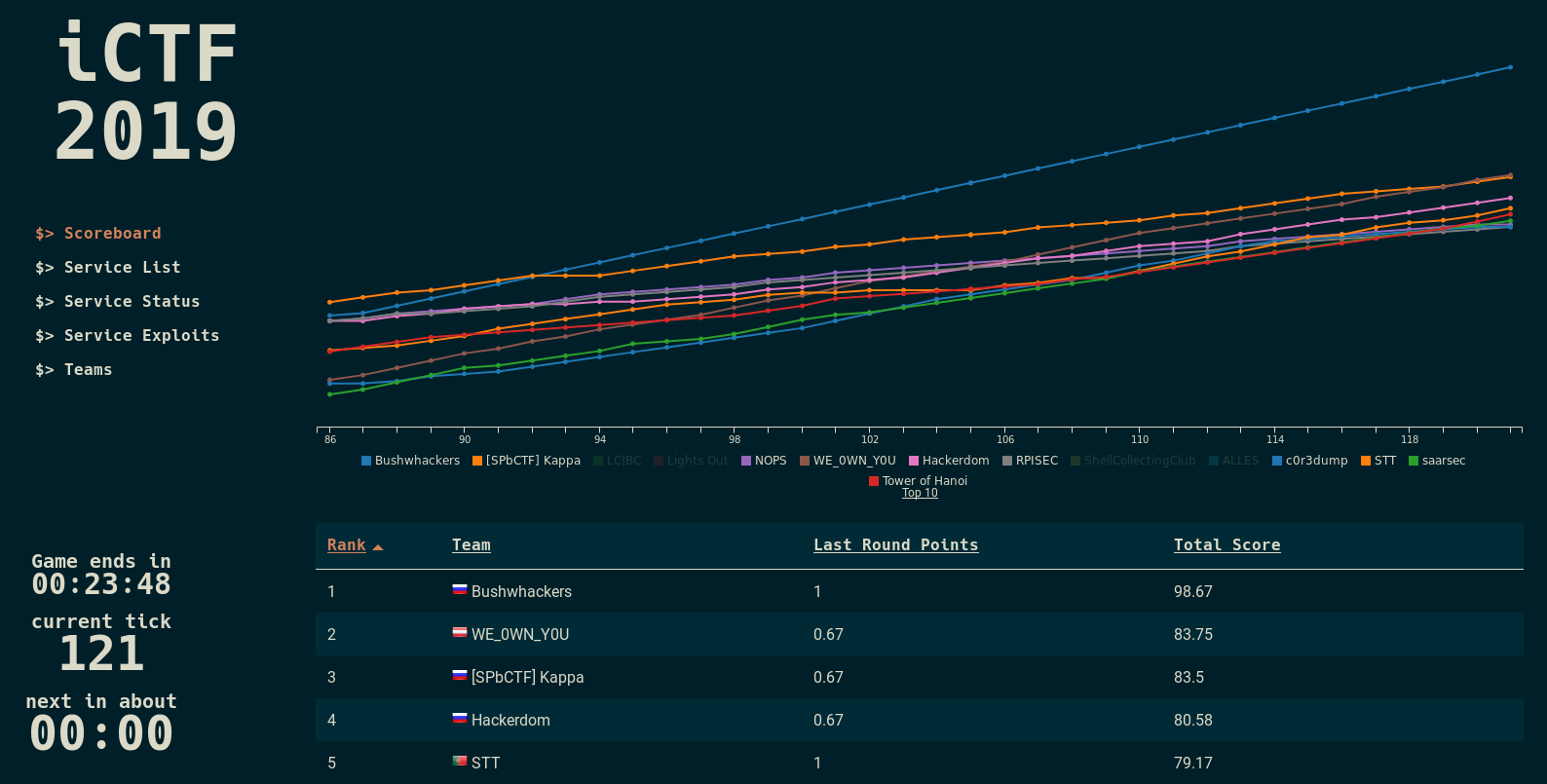 Thanks to Shellphish for organizing the game and to SBA Research for providing a classy hacking location and keeping us steadily supplied with Mate, Beer & Pizza! 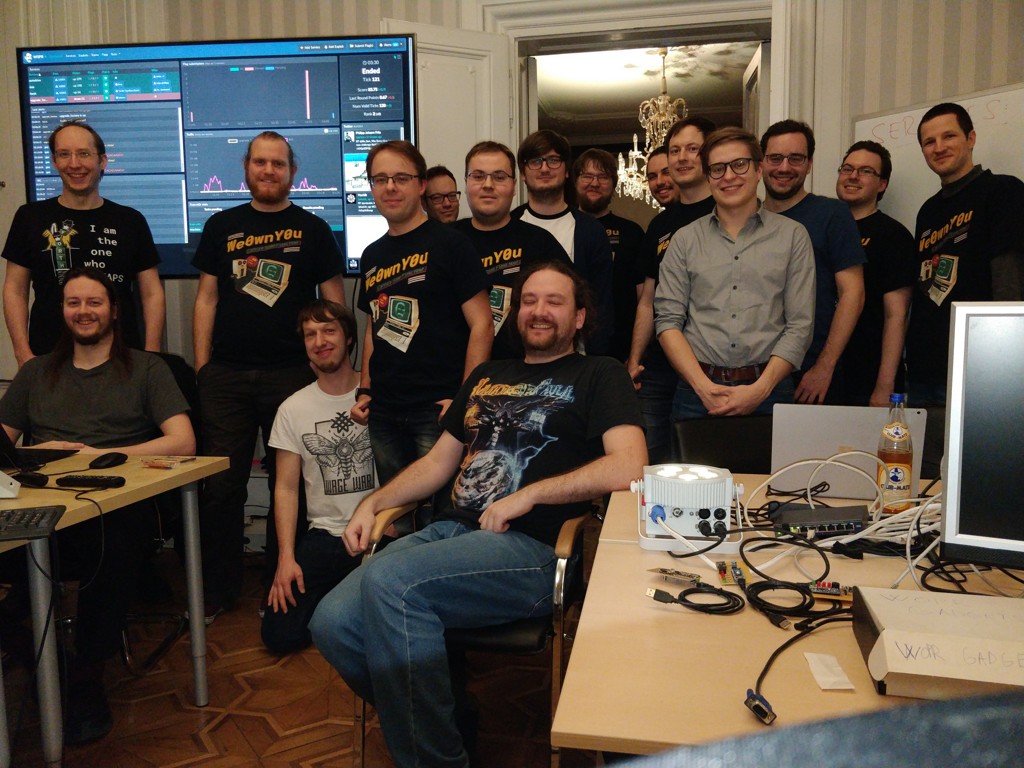 We are not holding a weekly meetup today. Enjoy the long weekend....

We participated in the RuCTF Finals 2017 and finished 12th.

Last Sunday we had the pleasure to participate in the RuCTF Finals 2017 in Yekaterinburg, Russia. After a long day of attacking other teams and defending our own services we managed to secure the 12th place out of 23 active teams. The services we had to work on were really interesting and quite diverse. But a really nice touch to the game was the actual hardware separation of services. Instead of providing a virtual machine...

We participated in the iCTF 2015 and finished 8th.

Last Friday we participated in this year's iCTF. For the first time the services were not written by the organizers, but each team had to provide a service themselves in order to participate. Although this meant that there were fewer teams this year, still 30 teams took up the challenge in total. The organizers also got some angry comments for this setup, and they liked one of them so much that their unofficial theme...

We participated in the hack.lu CTF and finished 45th.

The past two days we were busy hacking in the hack.lu CTF. The challenges by fluxfingers were superb as always, and we solved quite some of them. Kudos to the top three teams, what a photo finish! You can find the scoreboard here....

We are looking for new hackers

This semester, we are looking for fresh blood to expand our team. If you think you have what it takes to deal with the challenges of interactive hacking challenges, live trouble-shooting for flaky Internet connections, defending online services which you have never seen before and the forensics skills to pinpoint exploits in a gbit connection, drop us an email at iwant2pwn@w0y.at Please include which security courses you have completed so far at TU...

Since this week we now have a public website, which will be updated with news and writeups. We are now on Twitter too, which will be used for live coverage from actual contest. Next week is the hack.lu CTF, and we will participate....

In this years iCTF2014-2015, themed "hacking at scale", we reached the 3rd place out of more than 80 participating universities.

Last Friday we participated in the ictf2014 and reached the 3rd place out of more than 80 participating universities. This years theme was "hacking at scale" with 42 services to pwn, most of which had been reused from previous iCTF's. We constantly improved our score during the CTF until we were at the second place about one hour before the end with only Team Bushwhackers in front of us. However, SpamAndHex did an incredible finish,...