SECCON 2018 Quals - Needle in a haystack

We got a 9 hours long video captured with a webcam on the top of a tall building in Tokyo(?). Find the flag.

First our guess was, that there will be a single frame which shows the flag, but fast-forwarding the video did not reveal anything like that.

The next idea was to export every frame and use fuzzy hashing to find very different frames. While the script was doing the exporting we were fast-forwarding the video again trying to find suspicious parts. That was when we found that one of the windows of the tall white building on the right was "blinking". 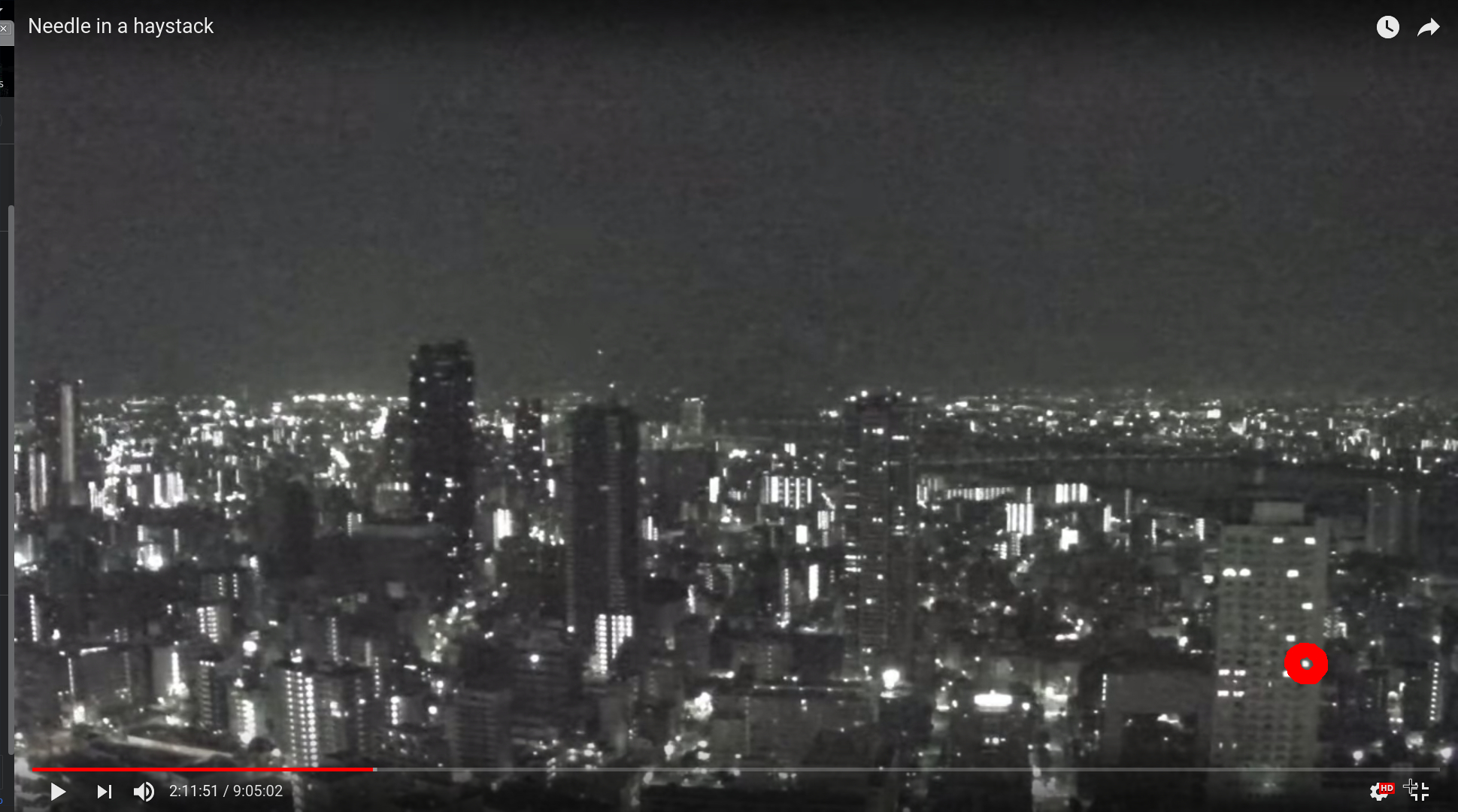 After the sun was coming up, the terms have changed slightly, as they were not turning the lights on and off, but they were opening and closing the window.

It was a fun challenge, and at this point I would like to pay all my respects to whomever was turning the light on and off and opening and closing the window throughout the whole night! :)